What is the device seen in this X-ray? 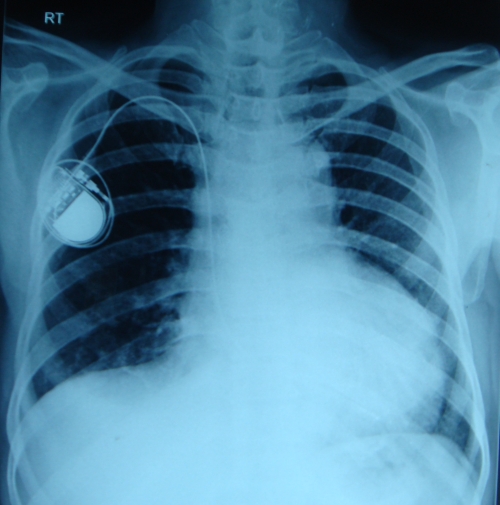 Fluoroscopic imaging of the pacemaker and lead is an integral part of pacing system malfunction. Lead fractures and dislodgements can be identified by fluoroscopy using an image intensifier. Occasionally, too many loops of the lead may be seen within the pacemaker pocket in pacemaker twiddler’s syndrome, in which the recipient rotates the pacemaker within its pocket, bringing the lead out of the heart. This results in loss of capture.