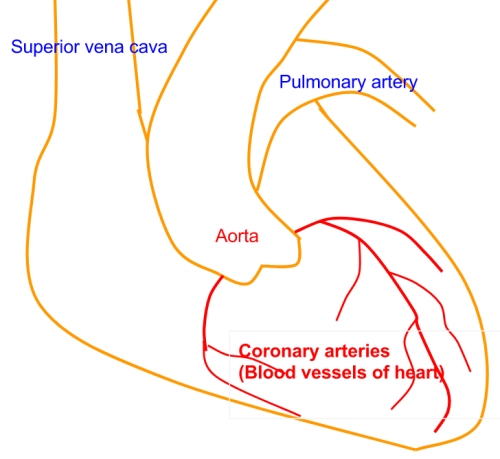 Coronary steal is the term given to blood being stolen from one region of the coronary tree by another. It is also called coronary steal syndrome. In fact the term steal is used in vascular medicine for one territory stealing blood from another territory. Another example of steal is subclavian steal in which the arm steals blood from the brain so that the person feels giddiness during arm exercise. Steal occurs when there is obstruction to one vessel which is connected to another. Coming back to coronary steal, it occurs when certain type of vasodilators (blood vessel dilating drugs) are given. The classical example is a drug called dipyridamole. Dipyridamole is both an antiplatelet drug and a vasodilator. When it is given to a person with partial obstruction to a coronary artery, all the coronary vessels dilate. Hence blood will flow preferentially to the non obstructed vessels, reducing the flow in the region of the obstructed vessel. Hence the drug given to improve the circulation will predispose to stealing of the blood into other regions. This is why dipyridamole is not used for this purpose usually. This disadvantage can be used in the form of dipyridamole stress test to bring out the deficiency of blood supply in a suspected case, if the person is unable to undergo a treadmill exercise test due to physical deficits in the legs. Another drug with similar effect is adenosine. Adenosine is used for pharmacological stress test now a days because it is short acting. Any reduction in blood supply to a region of the heart produced by adenosine is quickly reversed and unlikely to lead to long lasting cardiac damage.