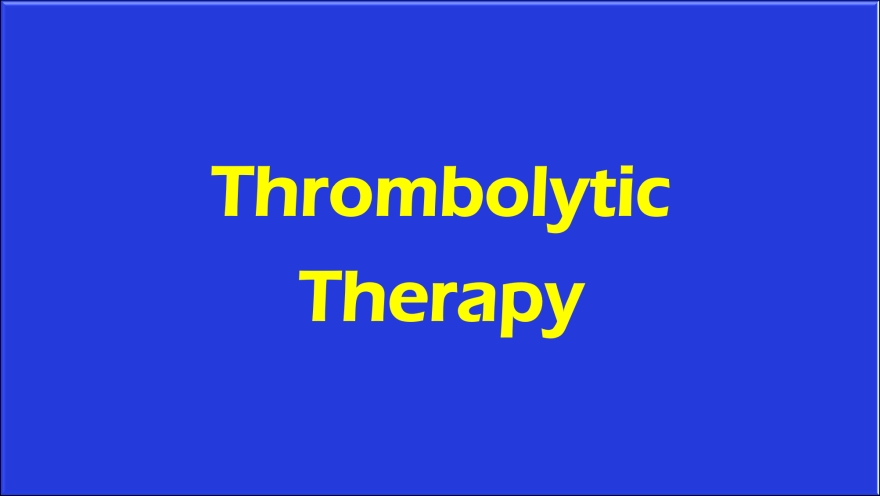 Now a days, clots in the blood vessels of the heart are rapidly removed mechanically using a procedure known a coronary angioplasty. But it is more expensive and may not be available in small centres. Similarly clots in the blood vessels can also be removed with devices in a process known as mechanical thrombectomy. Though it has not become as popular as coronary angioplasty, it is also gaining momentum with more and more centres offering it for acute stroke patients.

Mechanical heart valves are another site for clot formation in the heart. Usually those having mechanical heart valves implanted, are placed on lifelong clot prevention medications (anticoagulants). For some reasons if these medications have to be skipped or are forgotten, the clot formation can occur within these mechanical valves. This is a potentially catastrophic condition as the valves can become suddenly blocked and the persons becomes breathless or faints. These clots can also be dissolved by thrombolytic therapy.

Any treatment which is aimed at stopping clots or dissolving clots naturally carries a risk of bleeding. Bleeding commonly occurs from the stomach or urinary bladder. Sometimes bleeding into the brain can occur, which can be quite serious. Hence close monitoring for excessive bleeding tendency is needed while giving this form of treatment. Occasionally allergic manifestations can occur to the medicine. This used to be more common with streptokinase, the older medicine of bacterial origin, while it is quite unlikely with the newer medications which are of human origin, made by genetic engineering techniques.