What causes blocks in coronary arteries?

Coronary arteries are blood vessels supplying oxygenated blood to the heart muscles. Plaques containing cholesterol and other fatty material can build up in their walls causing narrowing of the lumen. A plaque with a thin outer covering and soft content can rupture due to the injury caused by the high velocity of blood flowing through the artery. A rupture plaque exposes the inner layers of the artery. This raw area attract blood cells called platelets which adhere there in clumps. Clotting factors present in the blood promote formation of a blood clot in this region which may totally or partially block the flow of blood in the vessel.

What happens next when a coronary artery is blocked?

When the coronary artery is blocked, it deprives the heart muscles supplied by it of oxygenated blood containing nutrients. The heart muscle can survive a few minutes with the stored resources with anaerobic metabolism (metabolism not requiring oxygen). If the blood flow is not restored soon, the heart muscle cells start dying. But this is not a one shot process. Many cells may receive nutrition from other blood vessels supplying nearby regions through small collateral branches. Death of heart muscles releases waste material into the surrounding region which stimulate pain sensing fibres and cause severe chest pain.

Since the completion of the blockage of the coronary arteries is often by the formation of a fresh blood clot, the most logical immediate treatment is dissolving the clot with clot busters. Several agents are available for this purpose. The cheapest one is a drug known as ‘Streptokinase’ derived from the bacterium Streptococcus. A costlier and more effective one is recombinant tissue type plasminogen activator (rt-Pa or Alteplase). These drugs can be administered as injection through the veins and are widely available in most hospitals. A potential risk of these drugs is the tendency for bleeding. But considering the benefit of opening up of blocked arteries at the earliest, this potential risk is often worth taking.

One of the first medicines to be given when a person suspected to have a blocked coronary artery is seen is a tablet of chewable aspirin. It prevents platelets from forming a plug at raw sites in the arteries. Another similar drug is clopidogrel which may be given in combination with aspirin. Heparin or low molecular weight heparin may be used to prevent fresh clots from forming in arteries from which clots have been removed by clot busting drugs. 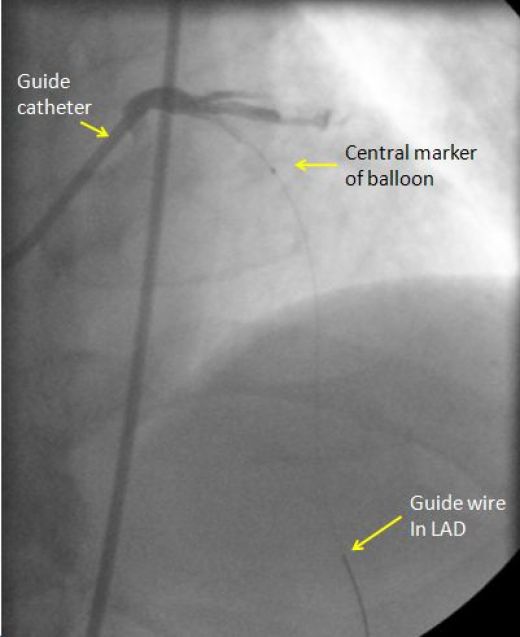 Only fresh clots in the arteries can be dissolved by clot buster drugs. They cannot remove plaques or old clots. These have to be removed mechanically. It is usually done by inflating tiny balloons attached to small tubes known as catheters. If angioplasty is done as the initial treatment before giving clot busting drugs, it is known as primary angioplasty. Primary angioplasty has been shown to be superior to clot busting treatment in multiple studies. But it is not widely available in small hospitals and is much more costlier. After mechanical removal of the blocks by balloon angioplasty as supporting device known as a stent is usually placed within the vessel to prevent recoil or recurrence of the block. Since stents are tiny spring like metallic objects, they can promote clot formation within the vessel and require prolonged supportive treatment with aspirin and clopidogrel. This is till the stents are covered by body’s own cells so that they are no more in contact with the platelets and clotting factors in the blood.

When there is no response to the non-surgical options or when the mechanical removal of the block is not feasible, surgery is a good option. Coronary artery bypass grafting gives better long term results than angioplasty in suitable cases. Grafts are taken from the aorta to the blood vessels beyond the block using segments of saphenous vein taken from the legs. A better graft is the left internal mammary artery present just beneath the breast bone (sternum). Grafting with internal mammary artery gives better long term results.

Bypass grafting without cutting through the breast bone is also being done in selected cases by separating the ribs on the left side. This procedure is known as MIDCAB or minimally invasive direct coronary artery bypass. Only some vessels are amenable to grafting by this route.