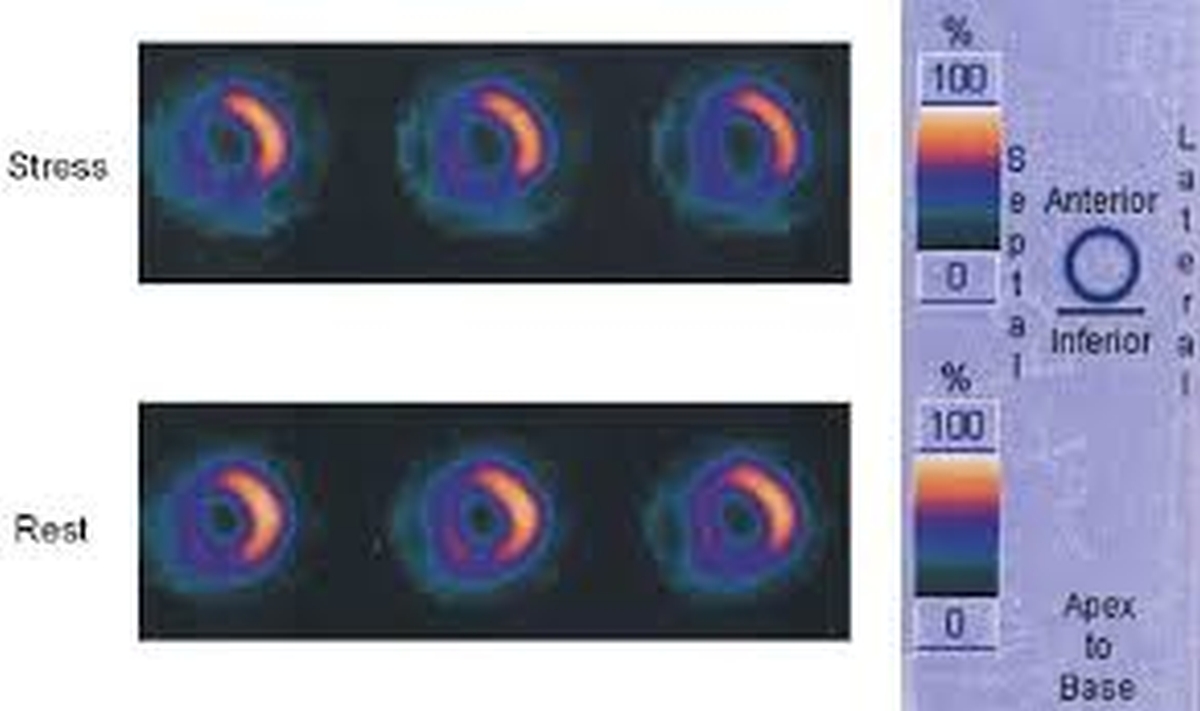 Anterior and inferior wall infarct on 99mTc myocardial perfusion imaging. 25 mci of 99mTc tetrofosmin was administered for stress imaging and 8 mci for rest imaging. This person was asymptomatic at 9.1 METS of Bruce protocol on treadmill exercise. Lateral wall is seen to be well perfused and there is no infarct in the lateral wall. Non transmural infarct is seen in the anterior wall, septum and inferior wall. There is very little reversible ischemia. Hence there may not be any benefit from revascularization of the coronary artery involved. 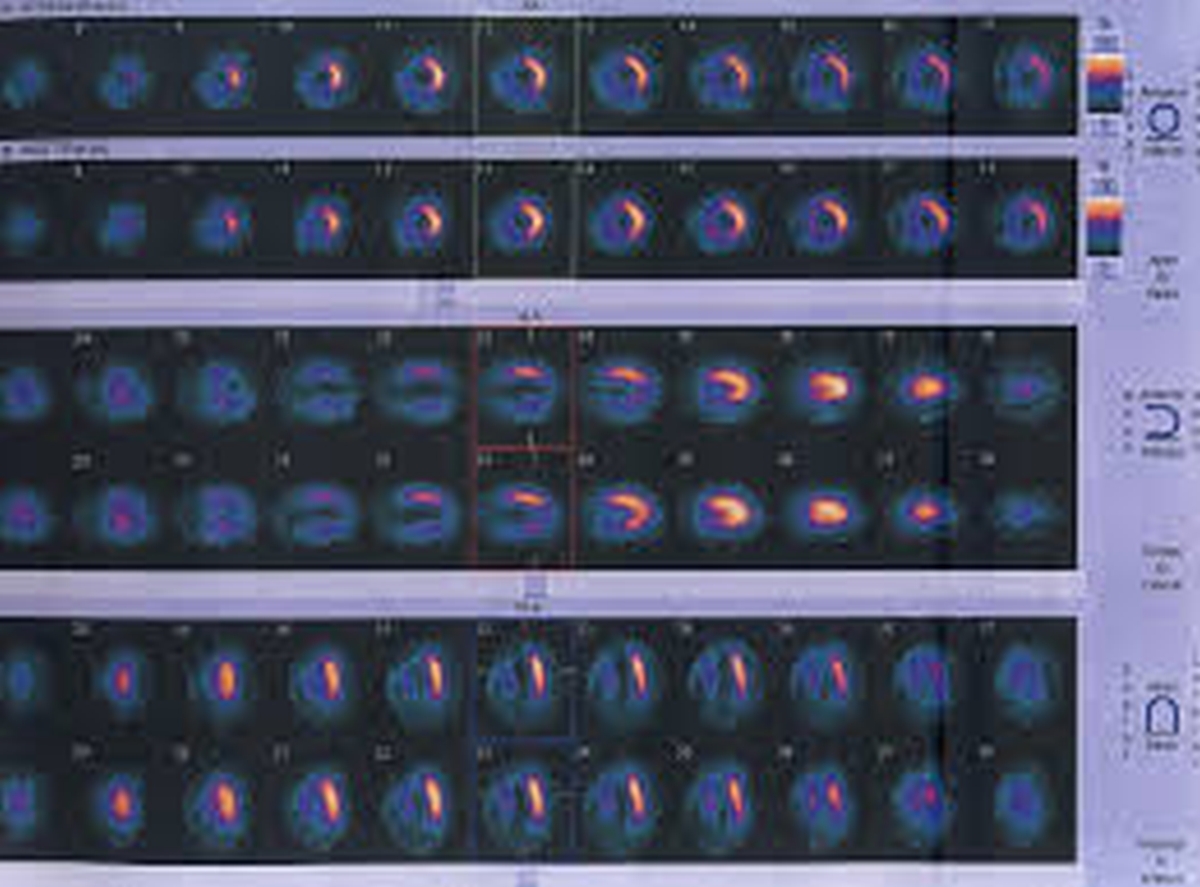 99mTc or Technetium-99m is the metastable isomer of Technetium-99 which is the most commonly used medical radioisotope now-a-days. The 140 kilo electron volt gamma rays emitted by the isotope are detected by gamma cameras in the medical equipments used for scanning with single photon emission computerized tomography (SPECT). The short biological half life of about one day of 99mTc makes it quite useful by minimizing the radiation exposure from the isotope. 99mTc-sestamibi scanning provides higher quality images and increased certainty in interpretation.

There are various protocols for stress and rest myocardial perfusion imaging with 99mTc-sestamibi. These protocols have comparable sensitivities and specificities for detection of coronary artery disease. But there is difference between methods in their ability to identify reversibility of myocardial ischemia. Optimal evaluation of both stress perfusion and reversibility of the defect is obtained with a dual isotope approach with a rest 201Tl study and a stress 99mTc-sestamibi study [1].