Electrical axis can be calculated for the P wave, QRS complex or the T wave. It can even be calculated for the segments like ST segment, though it is seldom calculated. Most often only the average QRS axis is calculated and when electrical axis is mentioned, generally only mean QRS axis is meant. QRS axis can be altered in various disease states like intraventricular conduction defects, myocardial infarction, chamber hypertrophy and change in position of the heart.

Simple and quick method of checking the QRS axis is to check whether the QRS is positive in leads I and aVF. If so, the axis is between 0 to +90 degrees. This will be taken as normal QRS axis. If aVF is negative and lead I positive, it is left axis deviation. On the other hand, if lead I is negative and aVF positive, it is right axis deviation. If both are negative, we call it North-West axis or indeterminate axis, which could be either extreme left axis or extreme right axis deviation.

If you go back to the ECG showing Katz-Wachtel in the previous page , QRS in lead I is negative, aVR equiphasic, and lead II positive. Hence the QRS axis is along lead III (+120 degrees), suggesting right axis deviation. This is further confirmed by the tallest QRS complexes in lead III

Calculation of P and T wave axes are similar, but seldom done and more difficult because of the smaller amplitude of the waves. Difference between the QRS and T axes has been called the QRS-T angle, which is widened in ischemia. 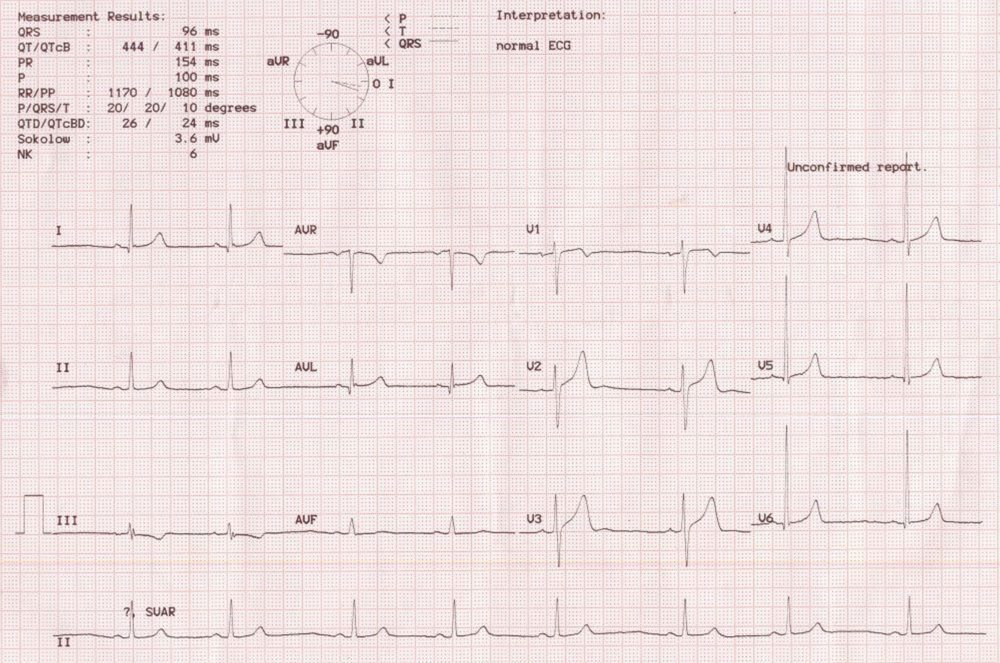 This site is not meant for any medical advice or treatment decisions. If you have a medical condition, please contact your physician for advice. We do not endorse any products or services appearing on the site as advertisements. We do not intentionally collect or store any personal information. Third party services displaying ads may collect anonymized information over which we have no control. If you feel that it is not acceptable to you, please do not continue on this site.

© 2022 All About Cardiovascular System and Disorders.
Go to mobile version