Atrial septal defect (ASD) with bidirectional shunt: Subcostal four chamber view shows a large defect in the interatrial septum (ASD). Right atrium (RA) and right ventricle (RV) are dilated, while left atrium (LA) and left ventricle (LV) are not. Blue color on colour flow mapping indicates right to left shunt across the atrial septal defect (R>L Shunt) in the subcostal view as the flow is away from the transducer. 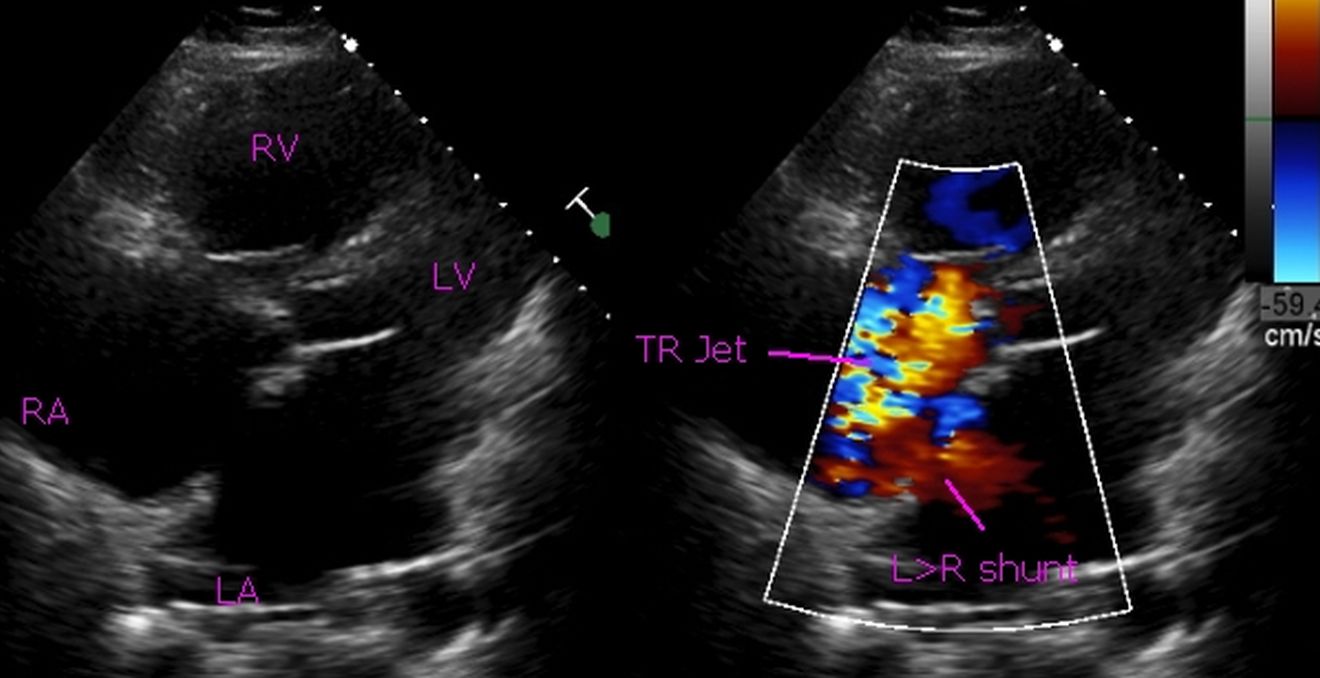 This view shows red coloured flow across the ASD indicating a left to right shunt (L>R shunt). In addition there is a mosaic (multi colored) jet spreading from the closed tricuspid valve into the right atrium, due to tricuspid regurgitation (TR jet).

Bidirectional shunts in uncomplicated ASD has been described by Galve E et al [1]. They noted this in older patients, unrelated to pulmonary hypertension and considered it to be a sequel of chronic right ventricular volume overload. Shunts were determined by measuring the pulmonary vein to systemic artery oxygen stepdown.