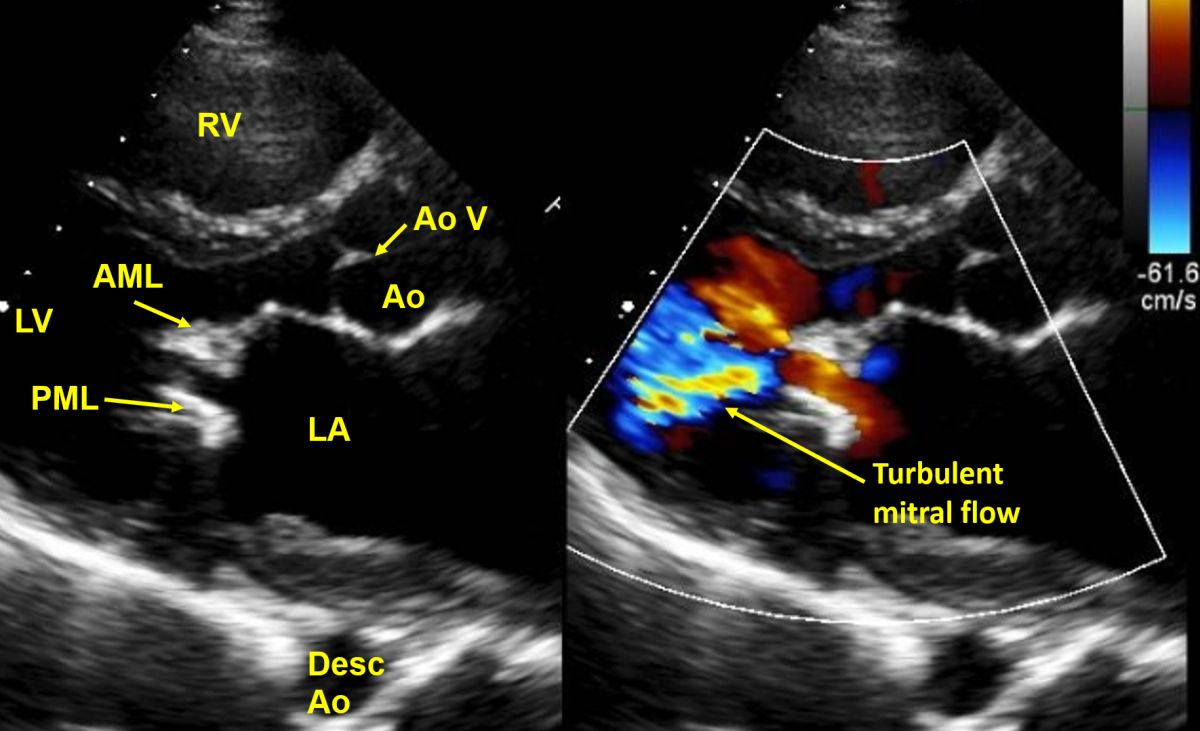 Aliasing velocity of the colour Doppler system is seen in the colour bar in the top right corner as 61.6 cm/s.