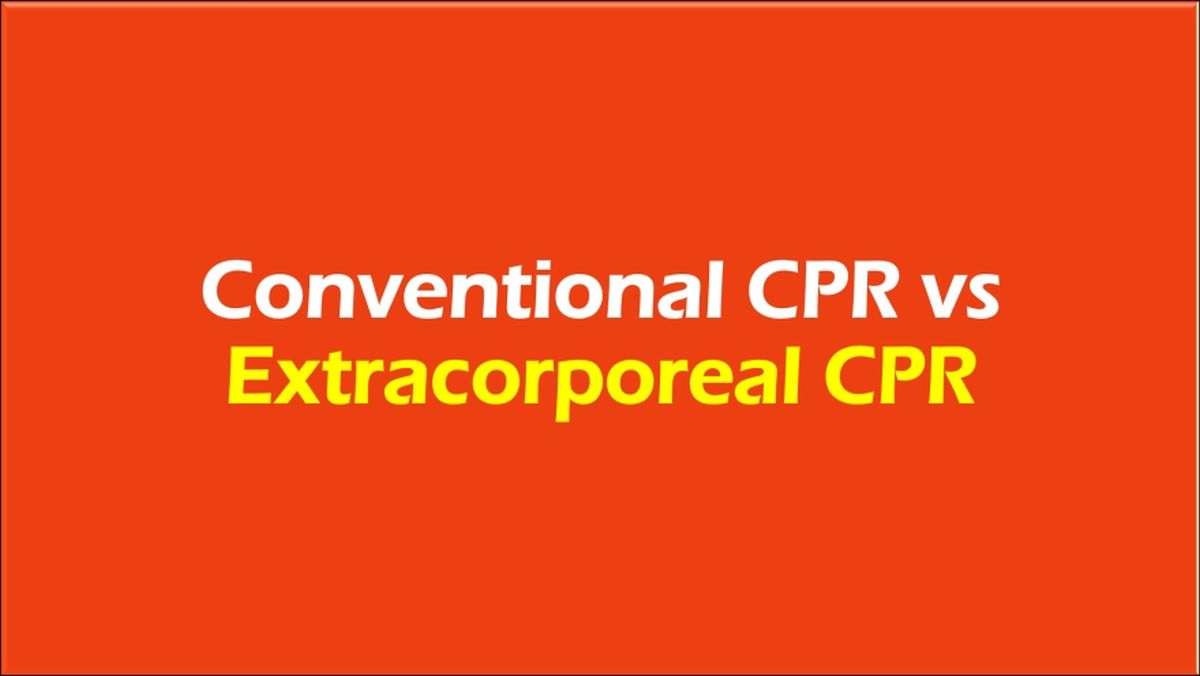 “Now flow” time is the period from the onset of cardiac arrest to the initiation of chest compression. “Low flow” time is the period of conventional CPR (CCPR) till the achievement of ROSC (return of spontaneous circulation). Need for prolonged CPR reduces the survival. Need for CPR of 45 minutes or more has been associated with an in hospital survival of less than 2%.

It is in this setting that ECPR or extracorporeal CPR with the help of ECMO (extracorporeal membrane oxygenator) comes in for maintaining better cerebral and vital organ circulation. ECMO also gives rest to the heart allowing chance for recovery if there is a treatable cardiac cause for the cardiac arrest as by coronary revascularization. A recent study by Patricio D and associates compared ECPR vs CCPR [1].

Criteria for initiating ECPR in the study

Decision to initiate ECPR was base on the following criteria:

Mechanical CPR device was used if ROSC was not achieved in 3 cycles of manual CPR. ECMO was initiated by a well trained ICU physicians and/or cardiac surgeons. Peripheral femoro-femoral veno-arterial ECMO with percutaneous cannulation guided by echocardiography was done under the support of mechanical CPR.

PaO2 was maintained in the range of 80-150 mm Hg, mean arterial pressure was kept above 65-70 mm Hg with vasopressors and fluids if needed and targeted temperature management aimed at a temperature of around 34 degrees centigrade for 24 hours were given. Cardiac catheterization was performed if indicated. Anticoagulation with unfractionated heparin was used. ECMO used a 25 Fr venous cannula and 18–22 Fr arterial cannula. Initial blood flow was 3-4 liters per minute and ECMO priming was with 700 ml Plasmalyte. After implantation, leg was perfused with with an anterograde single lumen 8 Fr catheter to prevent limb ischemia.

The study concluded that ECPR may be associated with improved long term neurological outcome (p = 0.003).