Difference between a monophasic and biphasic defibrillator 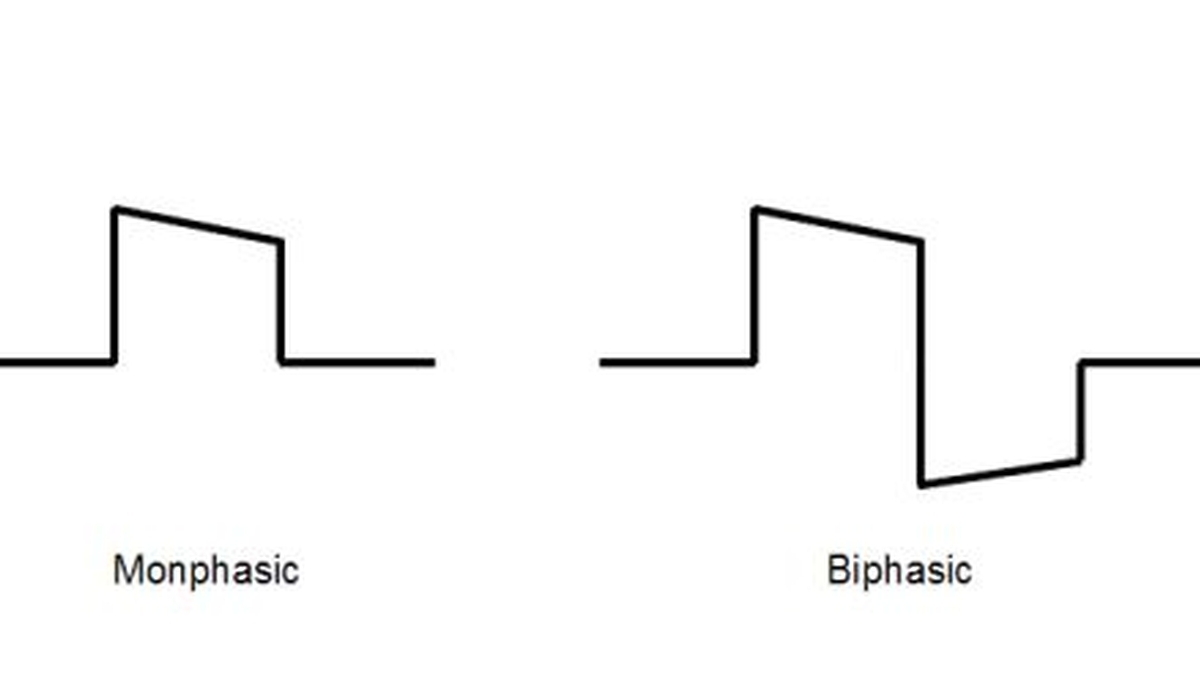 What is the difference between a monophasic and biphasic defibrillator?

Defibrillator is a device used to shock the heart back into action when it stops contracting due to a disorder of the rhythm known as ventricular fibrillation (VF). The electrodes used to deliver the shock could be either defibrillator paddles or patches, directly applied to the chest below the left collar bone and at the apex of the heart.

The direct current shock given can have a monophasic or biphasic waveform. In monophasic shock, the shock is given in only one direction from one electrode to the other. In a biphasic shock, initial direction of shock is reversed by changing the polarity of the electrodes in the latter part of the shock. Usually the initial voltage applied is higher than the reversed polarity shock. Biphasic waveforms were initially developed for use in implantable cardioverter defibrillators (ICD) and later adapted to external defibrillators. Biphasic truncated exponential waveform and rectilinear biphasic waveform are two types of biphasic waveforms used by different manufacturers. Defibrillators can sense the thoracic impedance and increase or decrease their internal resistance so that the selected level of energy is delivered to the subject.

A prospective randomized evaluation compared monophasic and biphasic wave forms in 22 survivors of out of hospital cardiac arrest during implantation of a cardioverter defibrillator [1]. Of the patients, 15 (68%) had lower defibrillation threshold with biphasic pulse.

But a Cochrane Systematic Review could not confirm that biphasic defibrillators have an important effect on the success of defibrillation in persons with out of hospital cardiac arrest [3].