Is there any role for simultaneous LV and RV angios? 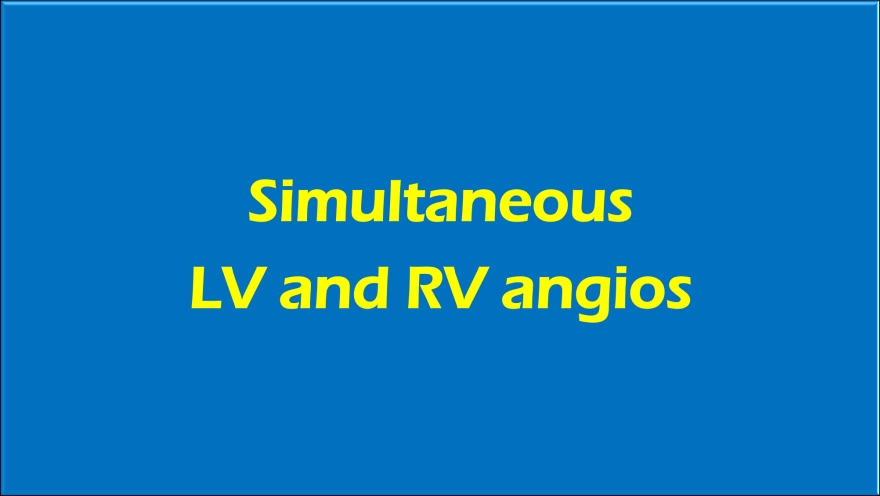 To take simultaneous LV and RV angios we will need:

In this era of echocardiography and computed CT angiography, invasive ventriculography is seldom done. This is because most of the information can be obtained in a better way non invasively without taking a catheter directly into the ventricles. CT angiography also enables three dimensional volume rendering which gives excellent spatial information. CT can be gated with ECG (electrocardiogram) to separate out systolic and diastolic frames.

A cardiac CT image of cardiac chambers delineating all four chambers and interventricular septum is available here (not a case of hypertrophic cardiomyopathy, but one illustrating left atrial thrombus).