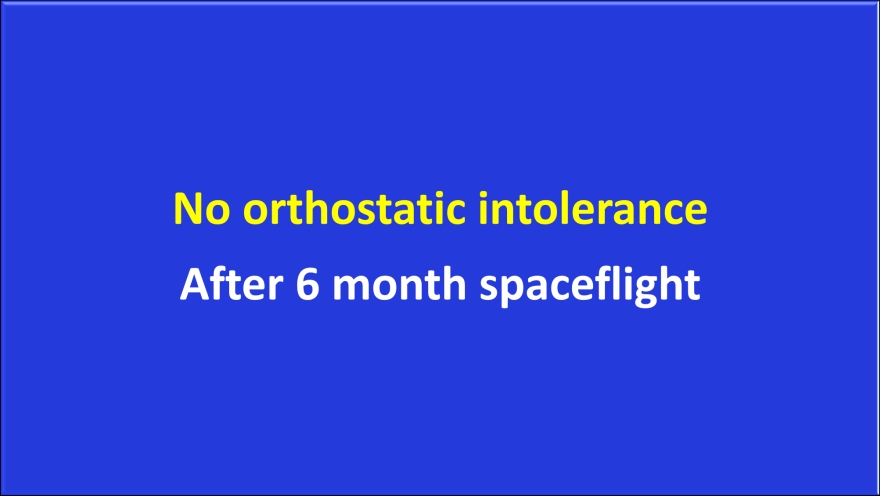 Most studies on astronauts returning from space has hitherto used tilt table test or quite standing. This being a lab situation, may not identify the actual effect on activities of daily life in the day after landing. Hence the current study used beat to beat ambulatory blood pressure monitoring using portable equipment before, during and after a 6 month spaceflight. Multiple 24 hour records were obtained in 12 astronauts. Surprisingly, the study documented that there was no significant orthostatic intolerance in the 24 hours after landing. It may be noted that preventive measures are regularly instituted including in flight exercise and volume resuscitation on landing.

There was mild relative hypotension in space which returned to normal after landing. In the past cardiovascular deconditioning due to hypovolemia and cardiac atrophy used to cause orthostatic intolerance on landing. The current study documents that the routine preventive measures of in flight exercise and volume resuscitation on return is sufficient to prevent orthostatic intolerance on return after prolonged space flight.