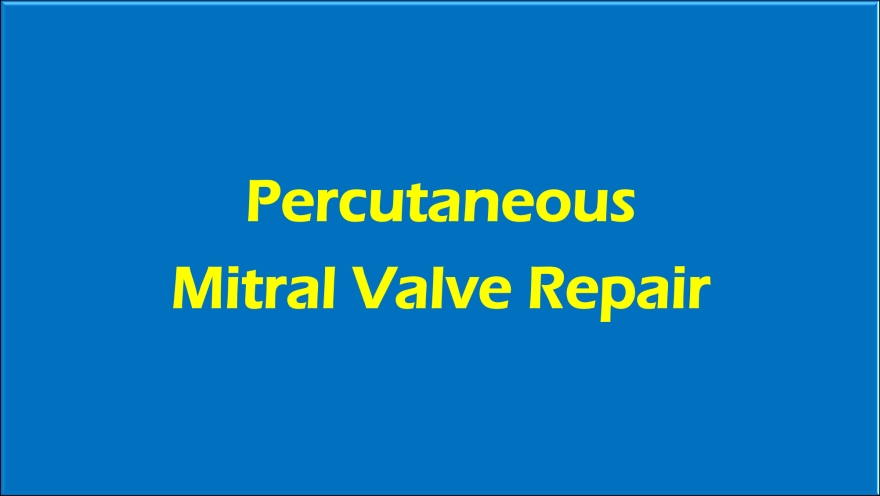 Over the past few years, a significant clinical experience has been developed for the edge-to-edge clip technique by the MitraClip system (Abbott Laboratories, IL) for percutaneous mitral valve repair.

EVEREST (Endovascular Valve Edge-to-Edge Repair Study) II study [2] was a randomized trial which compared MitraClip vs conventional surgery for degenerative mitral regurgitation. One year result of EVEREST II showed that mitral valve edge-to-edge repair was less effective than surgery for reducing mitral regurgitation, but had superior safety and similar improvements in clinical outcome. Major adverse events in percutaneous repair group was 15% while it was 48% in the surgical group, at 30 days (P<0.001). Death rate was 6% in both groups.

5-Year Results of EVEREST II showed that even though surgery for residual mitral regurgitation was more often in percutaneous repair at one year, the need for surgery between one to five years was comparable in the two groups [3].