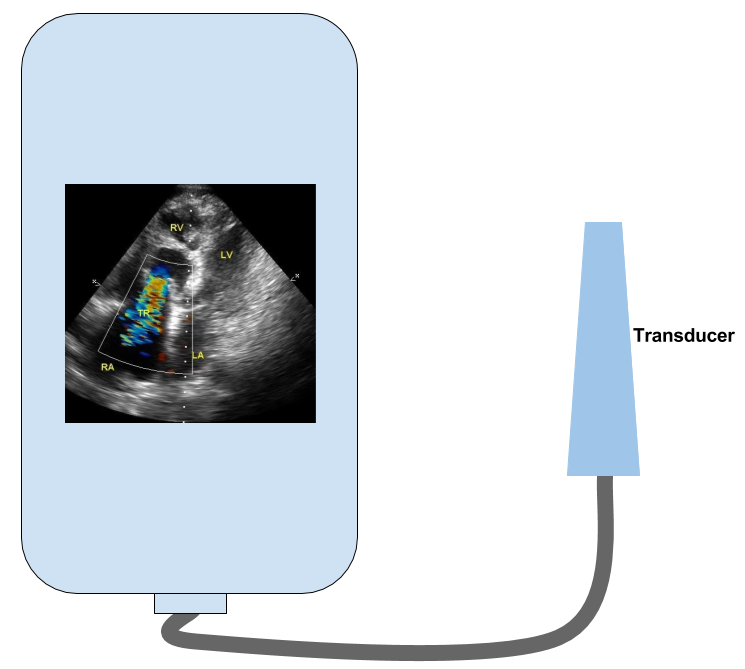 Initially echocardiographs were large machines with poor resolution. Later advances in electronics miniaturized the machines while improving the resolutions. Multiple modes of imaging starting from the initial single dimensional M-Mode and later, 2-D (two dimensional), 3-D (three dimensional), 4-D (live three dimensional) imaging as well as additional techniques like Doppler interrogation, colour flow mapping, tissue Doppler, strain imaging and speckle tracking made echocardiography a versatile diagnostic tool in cardiology. Invasive forms of echocardiography like intracardiac imaging, intravascular ultrasound, Doppler wire for fractional flow reserve estimation (FFR) and semi-invasive technologies like trans esophageal echocardiography became well established. At the same time there was progress in the use of smaller bedside units with fair resolution, which have gone up in use to be almost routine in every emergency department and intensive care units as well as operating room. Still further miniaturization of equipment lead to the development of point-of-care handheld echocardiographs. Handheld devices with colour Doppler imaging has been around for several years now. With small devices, there is always some trade off in the quality of images, though it is steadily improving.

One of the early articles on real time ultrasonic imaging with hand held scanner dates back to 1978 [1]. While the initial portable ultrasound scanners weighed around 5 Kg, recent third generation devices weigh less than a tenth of it. These third generation devices can give live two dimensional images as well as Color Doppler imaging [2]. Latest addition to the group of handheld echocardiographs are smartphone based ones in which mobile applications can be used with a transducer which is plugged in or connected wirelessly. The application is cloud based while the transducer performs imaging and reconstruction. Images from some of these devices can be transferred to the in hospital PACS (Picture archiving and communication system) using wireless (WiFi) connections.