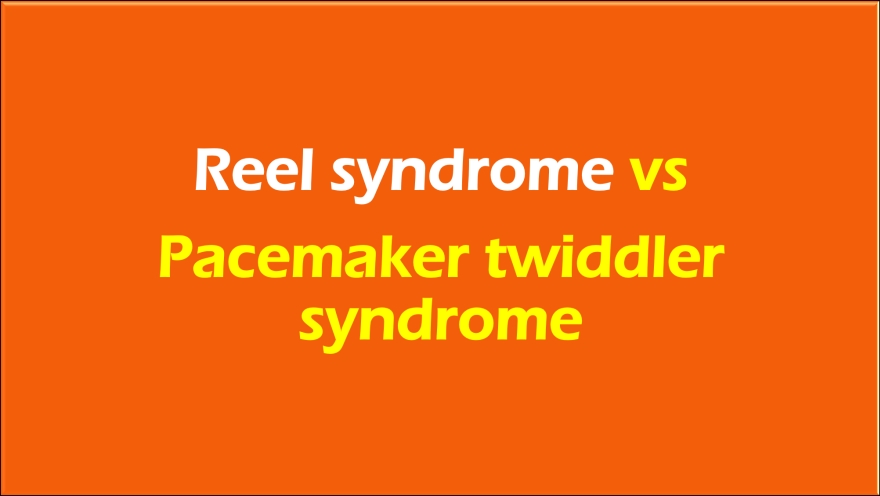 Pacemaker twiddler’s syndrome is characterized by coiling of the pacemaker lead due to rotation of the pulse generator of the pacemaker system along its long axis. This is seen in those with a lax skin and subcutaneous tissue like the elderly. A large loose subcutaneous pocket may predispose to it especially in those who are likely to twiddle with the device in its pocket. Reel syndrome is a variant in which the pulse generator rotates on its transverse axis leading to coiling of the lead around the generator and loss of capture due to retraction of the lead from the heart. It is mentioned that damage to the lead like fracture and insulation breakage are more likely with twiddler syndrome than reel syndrome.