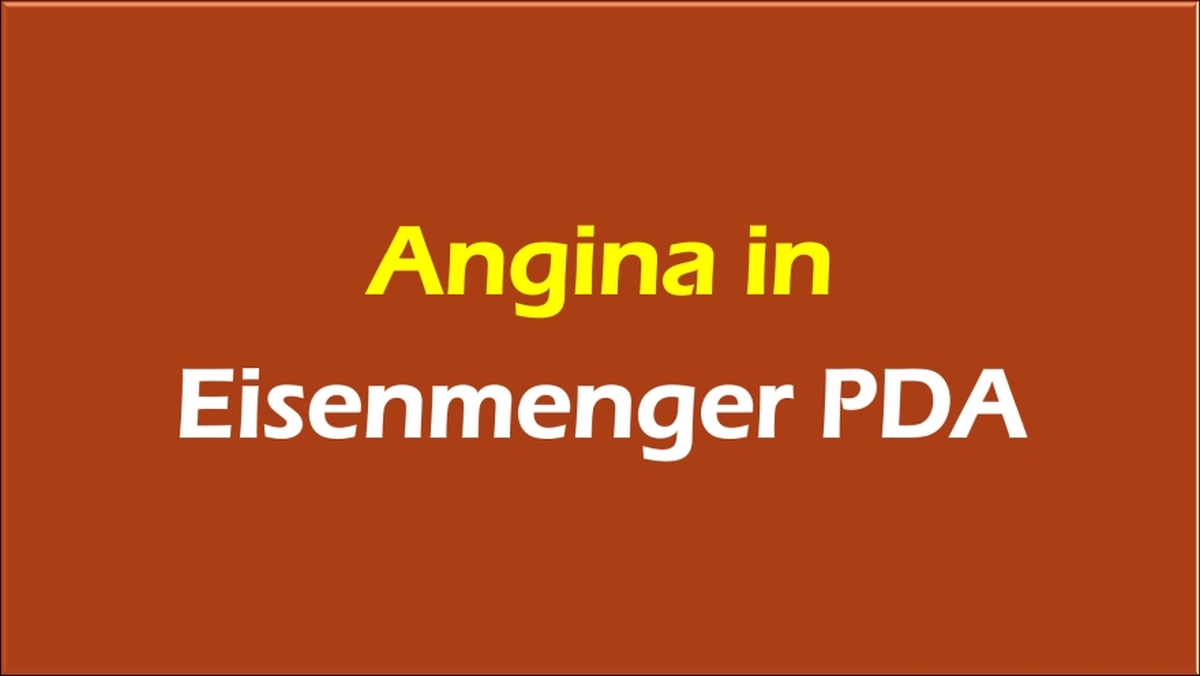 Angina has been reported in Eisenmenger patent ductus arteriosus (PDA) due to compression of left main coronary artery.1 Compression is usually by the dilated high pressure pulmonary trunk. Left main stenosis can be documented by coronary angiography. Reversal of compression by surgical correction of PDA is seldom feasible at this stage of irreversible obstructive pulmonary vascular disease.

Relief of symptoms by stenting of left main coronary artery (LMCA) in patients with Eisenmenger PDA and angina has been reported.2 The patient had presented with rest angina and heart failure due to left ventricular dysfunction. Left main stenting produced immediate relief of angina. They chose a bare metal stent with good radial resistance to prevent extrinsic compression by the systemic pressure in the pulmonary artery which had caused extrinsic uni-directional compression. Six month follow up with multislice computerized tomography (MDCT) documented patent left main coronary artery in intimate relation to the dilated pulmonary trunk.