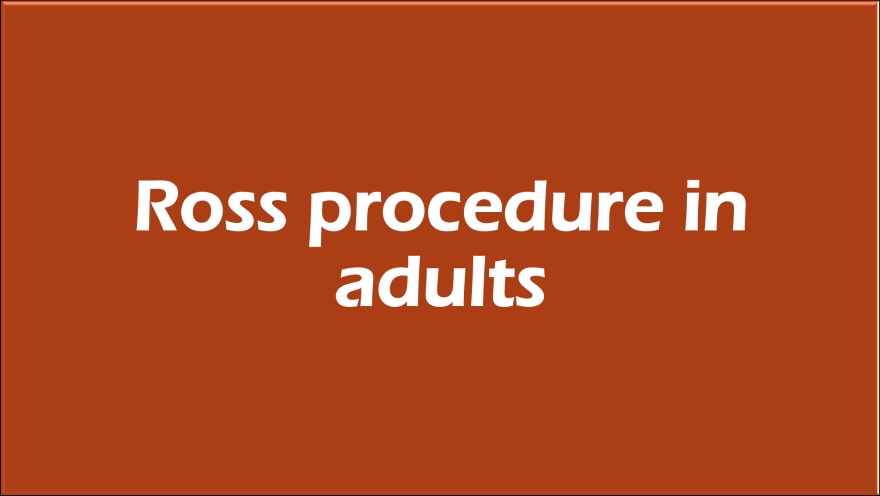 Ross procedure (pulmonary autograft for aortic position) was used for aortic valve disease initially in children and later in adults. The pulmonary valve along with part of the main pulmonary artery is taken and made into a neo-aortic root. Either a cryopreserved homograft or xenograft is placed in the pulmonary position. Sometimes a polytetrafluoroethylene (PTFE) conduit is used in the pulmonary position. The advantage of the autograft in children is that it would grow in size as the child grows, unlike a prosthetic valve. A recent study has reported 90.7% ten year survival after Ross procedure in adults [1].

Dilated aortic root can lead to aortic regurgitation in some cases. Aortic dissection 16 years after Ross procedure has been reported [2]. In this case it was successfully repaired. Authors mention that it is more likely to occur in individuals who had bicuspid aortic valve as they may have associated connective tissue abnormalities predisposing to aortic dissection.

A comparison of Ross procedure with mechanical aortic valve replacement in young and middle aged adults showed that long term survival and freedom from reintervention was similar in both groups [4]. But long term freedom from stroke or major bleeding episodes was better after Ross procedure.