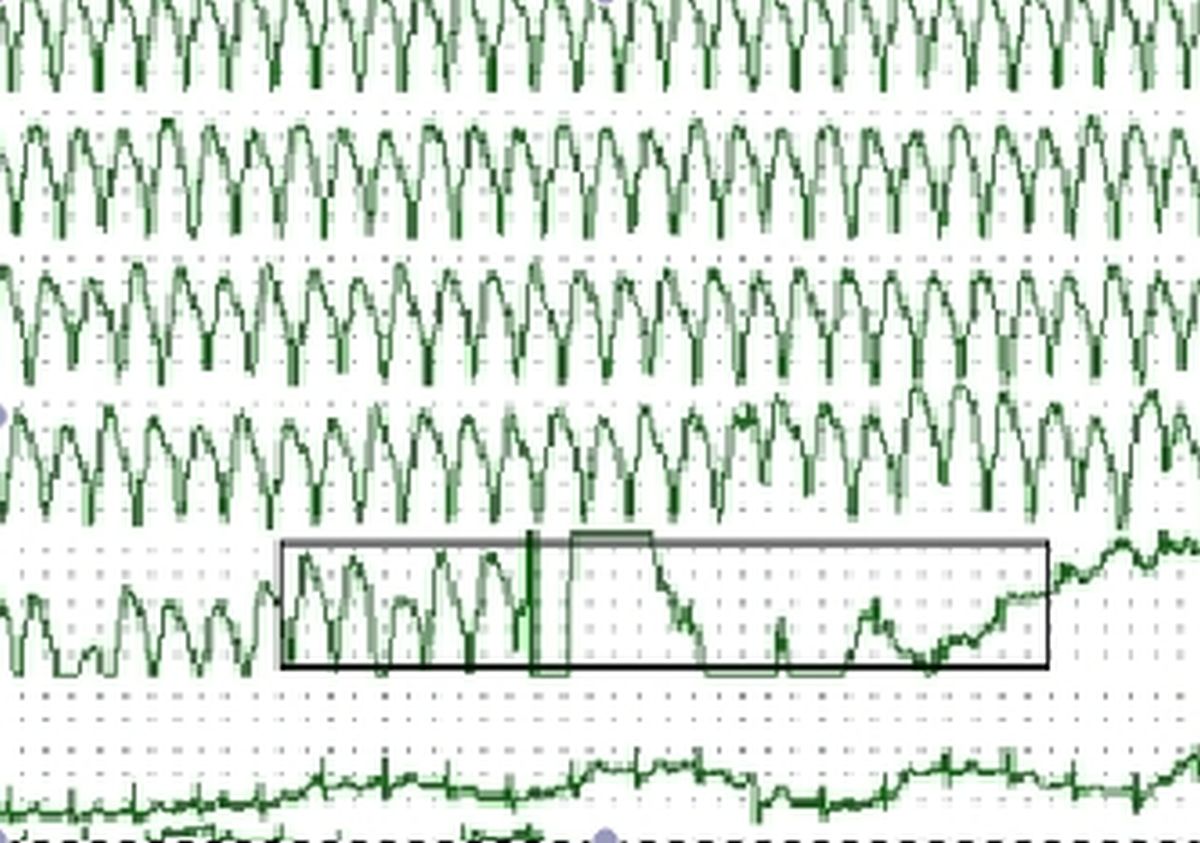 Polymorphic VT is managed by intravenous magnesium and measures to increase heart rate like pacing as it occurs most often in the setting of bradycardia and QT interval prolongation. Associated hypokalemia which is often present has to be corrected. Offending drug has to be withdrawn in case of drug induced polymorphic VT. Recurrent polymorphic VT in the setting of cardiac channelopathies or primary electrical disorders of the heart need implantation of a cardioverter defibrillator as response to pharmacotherapy is often poor. Beta blockers are needed in addition, for most persons with congenital long QT syndrome. Some of the polymorphic VTs in Brugada syndrome may be prevented by quinidine, though implantation of a defibrillator cannot be avoided by this method.