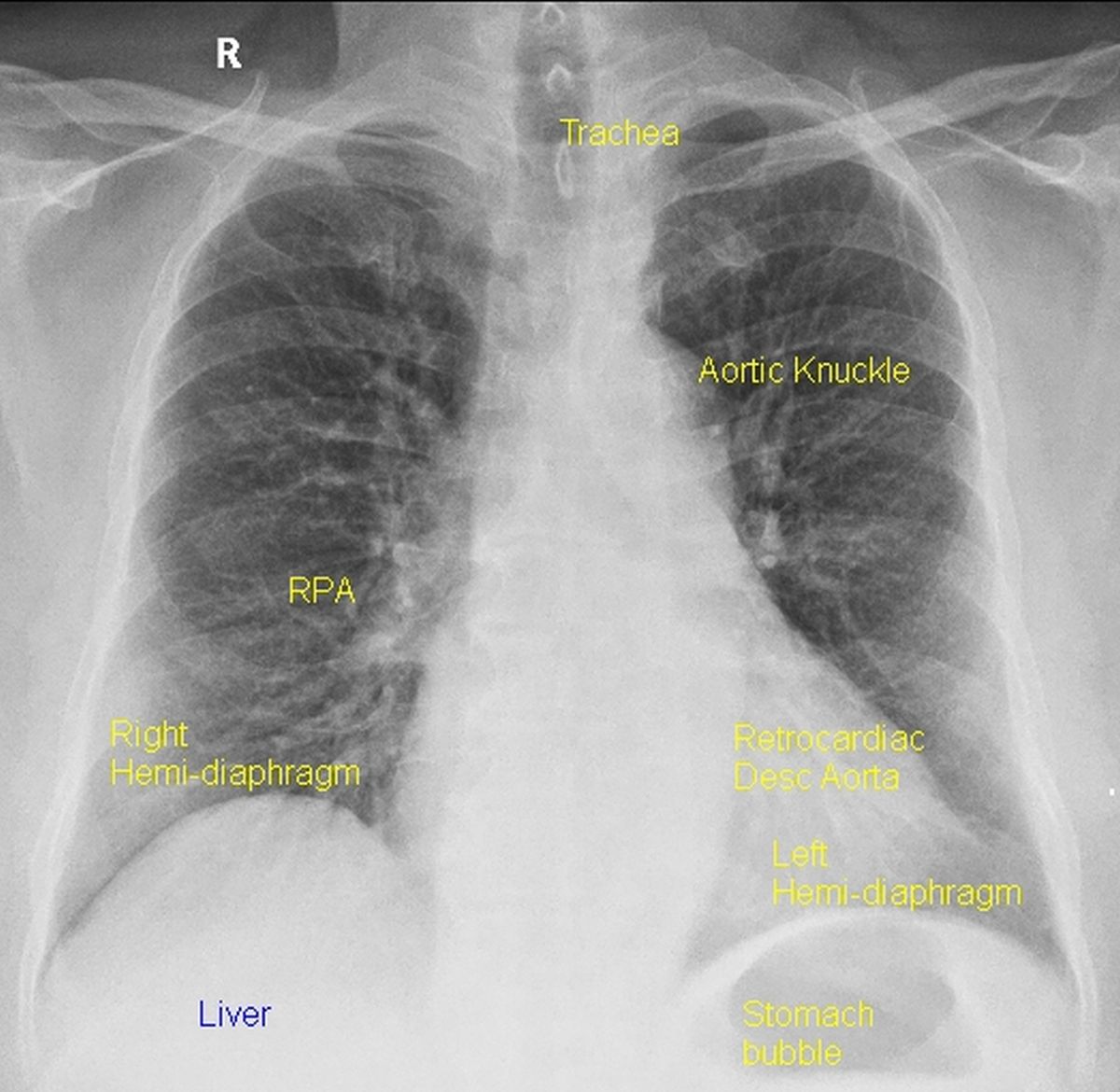 While assessing a chest X-ray, one starts with positioning, bony cage and soft tissue. In well positioned chest X-ray, scapulae will be out of the lung fields, as in this case. The medial ends of the clavicle will be equidistant from the spine. Stomach air bubble indicates that the film has been obtained in the erect posture. Left dome of the diaphragm will be lower than the right dome. Soft tissue in especially in the region of the axilla will show if there surgical emphysema, which may be missed unless sought after. Some things which are missed often are a small pneumothorax, cervical rib and rib notching. Rib notching will have to be specifically looked for on the lower border of ribs, usually 3rd to 8th. Always remember to check the side position marker, or you might miss a situs inversus with dextrocardia. Costophrenic angles are observed carefully as small amount of pleural effusion will be visible only there, as obliteration of costophrenic angles.

Air under diaphragm is another subtle finding which is missed, if in small quantities. Usually the chest X-ray is taken in full inspiration. But an expiratory view is taken when a small pneumothorax is suspected.

In normal chest film, the vascular markings are more prominent in the lower zones compared to upper zones because of the effect of gravity.