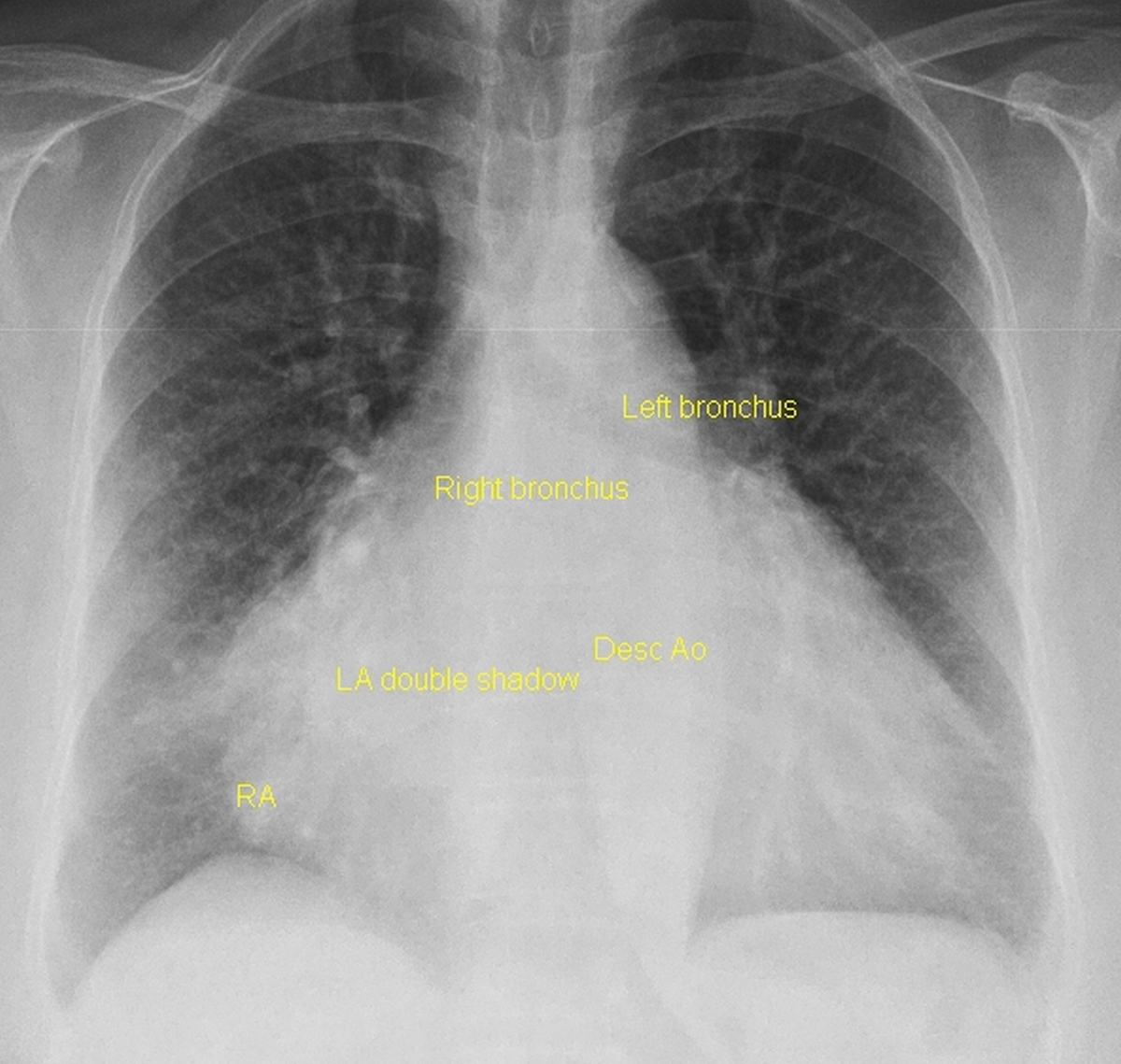 Chest X-ray showing Kerley’s A, B, and C lines as been illustrated in an article in the New England Journal of Medicine [1]. It was in a middle aged lady who presented with severe hypertension, diabetic nephropathy and sudden onset of breathlessness after discontinuing medications. She had features of gross congestive heart failure. Though there was peribronchial cuffing and cardiomegaly, typical features of biatrial enlargement on CXR were not visible.