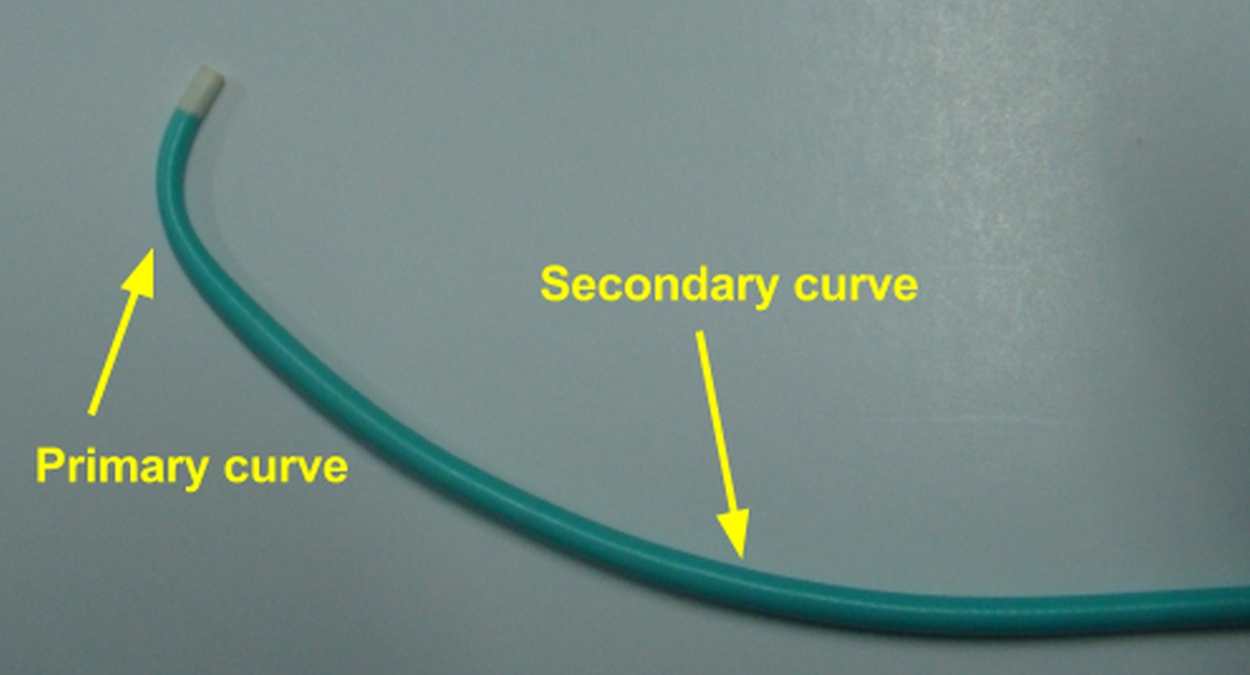 JR catheter is used primarily to engage the right coronary artery for coronary angiography. Very often it is used to enter the left subclavian artery to get an angio of the left internal mammary artery. It is also used to do renal angiography as it is easy to enter the renal arteries with JR catheter. JR catheter can be used both by the femoral access and the radial access.

JR guide catheter is also available, which is used for coronary angioplasty. It has a thicker wall and a wider lumen to accommodate hardwares like guidewires, balloon catheters, stents and Doppler wires.

Curve length of the catheter is the distance between the primary curve and the secondary curve. If it is 4 cm, it is called as JR4 catheter. Dilated aorta requires a longer curve length while a non dilated one requires a shorter curve length.

Judkins catheter is mostly used for transfemoral coronary angiography, though it can be used transradial as well. The Randomized Comparison of JUDkins vs tiGEr Catheter in Coronary Angiography Via the Right Radial Artery: the JUDGE Study (JUDGE) found that Tiger-II was superior to Judkins 3.5L/4R regarding, contrast volume used, procedural & fluoroscopy time and spasm rate [1]. But it was inferior for the imaging of left system.