Reversal of ticagrelor – phase 1 trial of a new agent 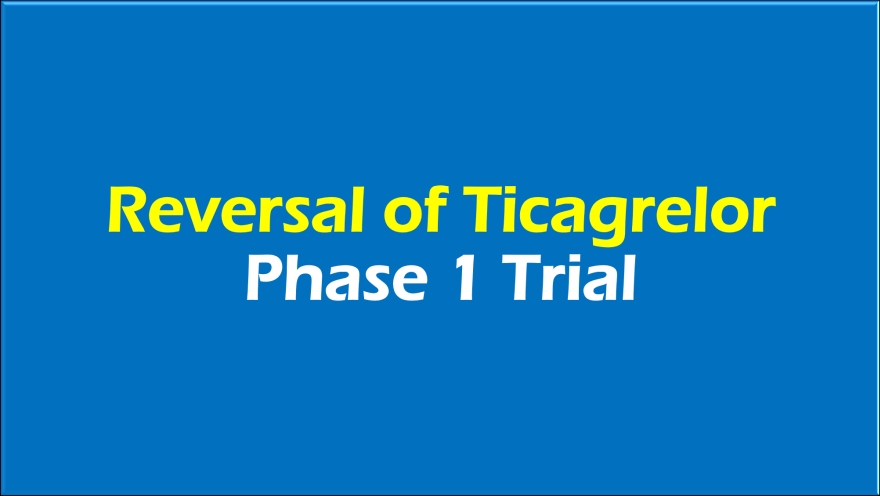 Phase 1 trial of an antibody capable of reversing the antiplatelet effect of ticagrelor has been presented at the American College of Cardiology Annual Conference 2019, New Orleans, LA. PB2452, ticagrelor reversal agent, is a monoclonal antibody fragment that binds ticagrelor with high affinity. It was a placebo controlled double blind randomized controlled trial in 64 healthy volunteers [3]. Platelet function was assessed before and after 48 hours of ticagrelor pretreatment as well as after PB2452 infusion, using a point of care P2Y12 platelet reactivity test. 48 hour pretreatment with ticagrelor suppressed platelet function by about 80%. PB2452 was given as initial bolus followed by infusions of 8, 12 or 16 hours. Ticagrelor reversal was documented within 5 minutes and the action was sustained more than 20 hours (P<0.001). Adverse events due to the drug were mainly issues involving the infusion site.

As of now it appears to be a potential drug for managing life threatening bleeding with ticagrelor as well as for reversal of its effects when an invasive surgical procedure is urgently needed while on ticagrelor. But this aspect has to be demonstrated in further studies as the current study was in healthy volunteers without any clinical bleeding. It may be noted that unlike other P2Y12 receptor antagonists, ticagrelor is a reversible inhibitor.