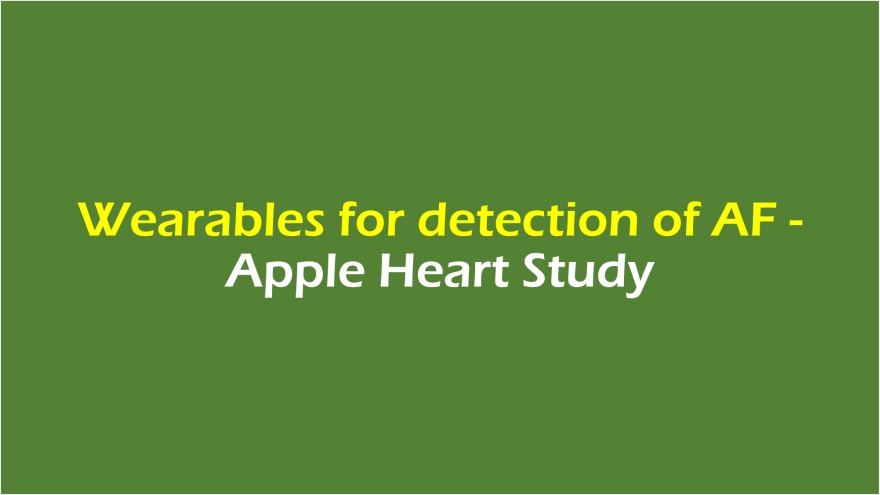 The Apple Heart Study was an app based study using smartwatch to detect cardiac arrhythmias [1]. The preliminary findings of Apple Heart Study has been presented at the American College of Cardiology meeting 2019 at New Orleans. The study enrolled enrolled 419,297 participants over a period of just 8 months, indicating the power of social media in enrolling participants. The number comes to about 1 in 600 adults in the United States of America. Of these, 24, 626 were aged 65 years or more.

Primary objective of the study was to measure the number of participants with an irregular pulse using the wearable monitor Apple Watch (Apple Inc, Cupertino, CA).

The study was conducted virtually using a smartphone app which performed the screening, consent and data collection. Study visits were with video chat through the app by telehealth study physicians. Ambulatory ECG patches were mailed to the participants.

The study was spearheaded by the researchers from Stanford University School of Medicine.

The preliminary findings have been published as a news item at the Stanford University website [2]. Key points noted were as follows:

Thanks to my twitter friends for providing live updates from ACC 19.