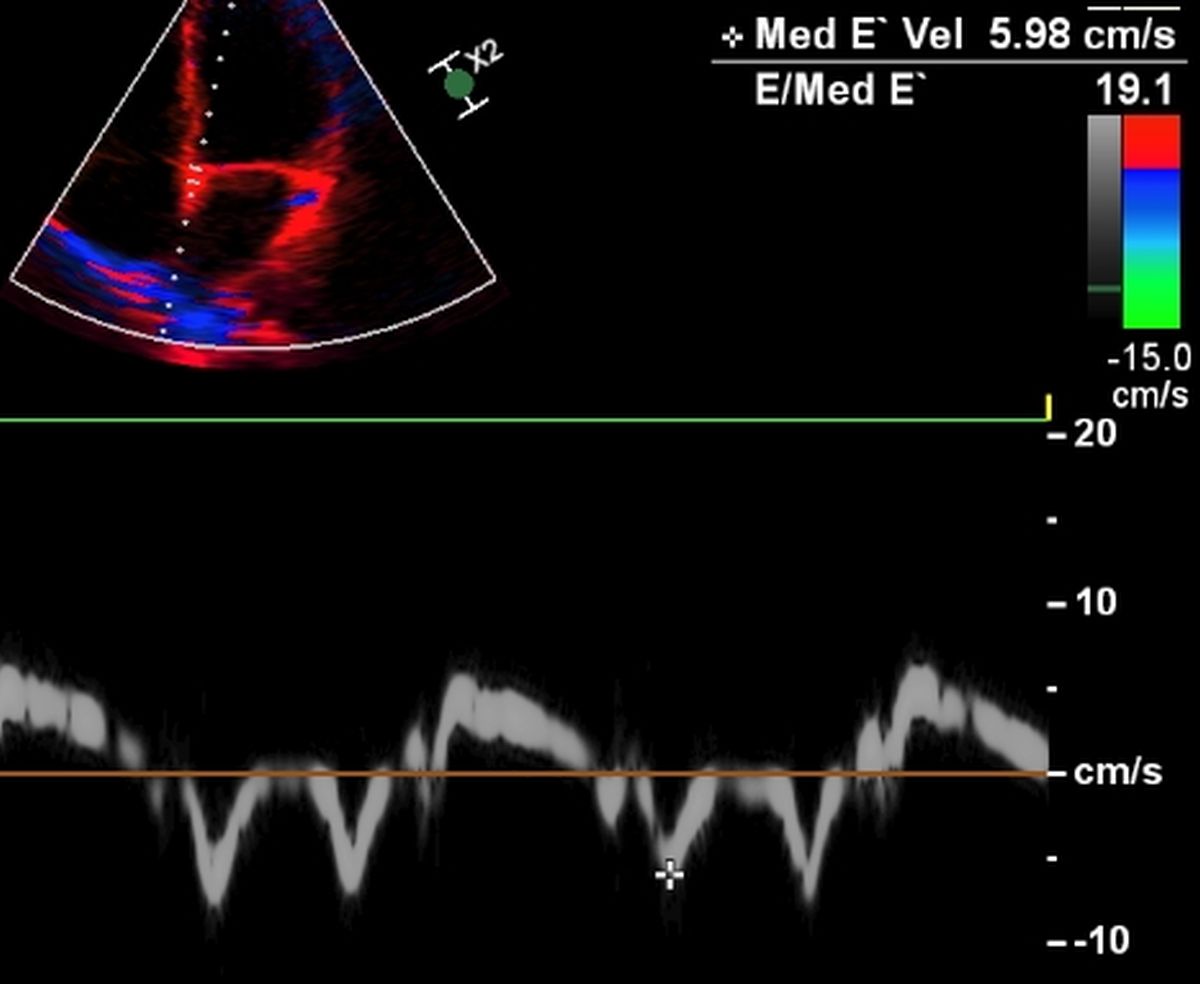 There are also limitations for E/E’ in the assessment of left ventricular diastolic dysfunction. These situations are decompensated advanced systolic heart failure with large left ventricle. Broad QRS with abnormal septal motion, significant mitral regurgitation and presence of cardiac resynchronization therapy are all confounding factors [1]. 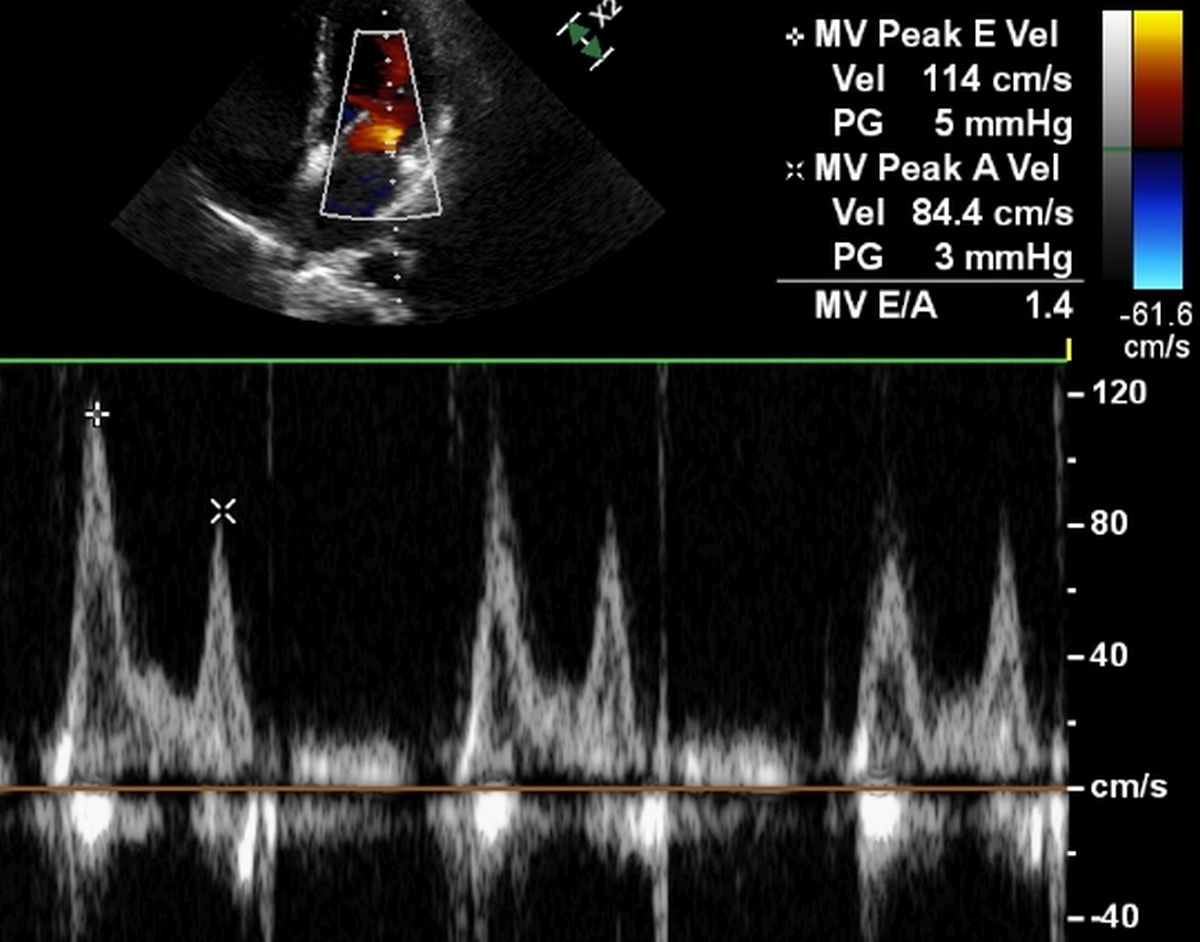 Though the E/E’ ratio is increased in this case, there is no E/A reversal which is the more commonly used indicator of left ventricular diastolic dysfunction. When the E/A ratio is used, there could be several grades of left ventricular diastolic dysfunction. First the E/A ratio equalizes, then there is reversal as the A wave becomes taller than the E wave. E wave is early diastolic and A wave occurs after atrial systole. In more severe diastolic dysfunction, as the left atrial pressure becomes very high, the E wave becomes much taller than the A wave, with a sharp deceleration slope. This pattern is known as a restrictive pattern.