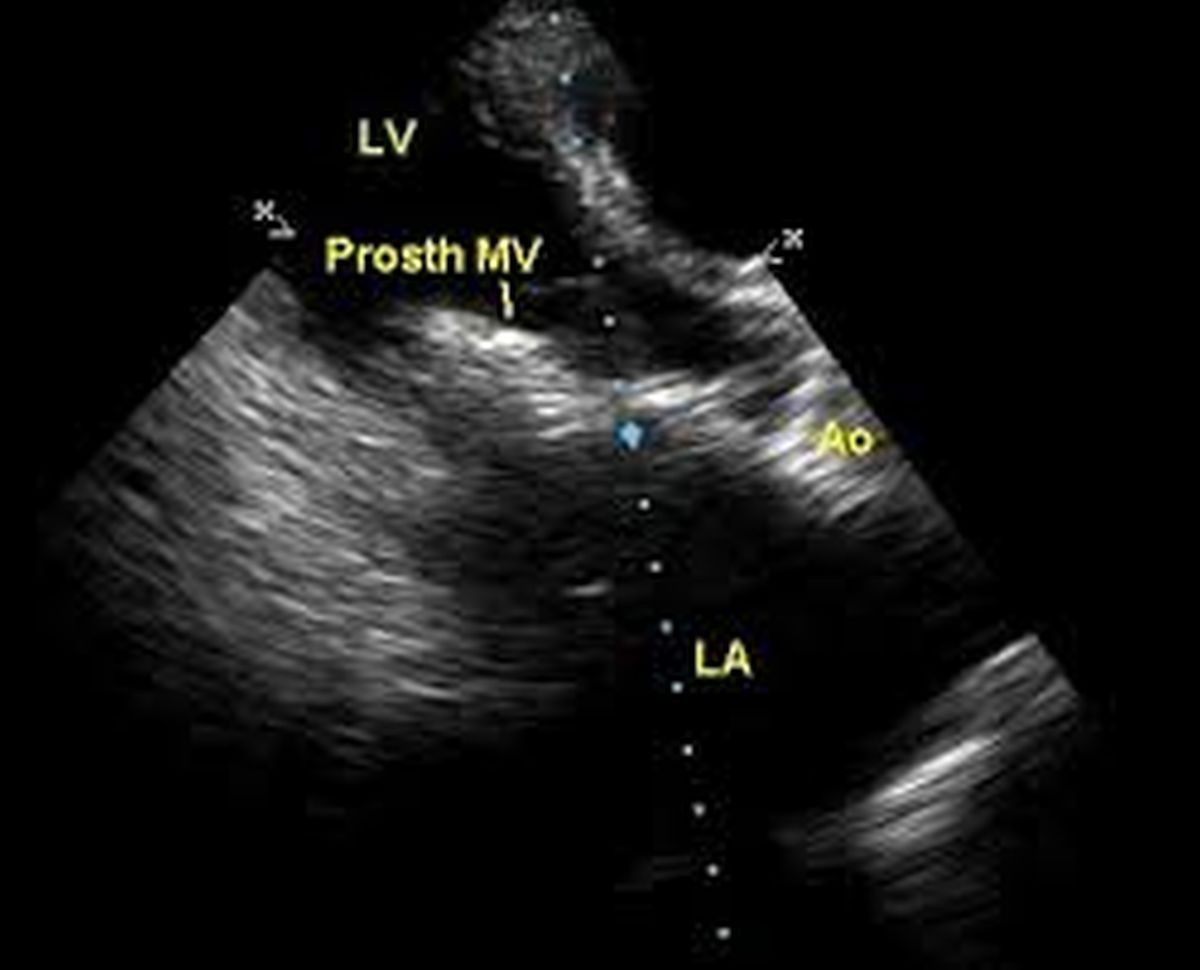 Echocardiogram of prosthetic mitral valve in parasternal long axis view showing the valve in the closed position and the aortic valve in the open position. The metallic component of the prosthetic valve produces dense echoes. The left atrium is dilated, possibly a sequelae of the old lesion for which the mitral valve was replaced. The aorta is relatively small, and left ventricle is of normal size, indicating that the lesion could have been mitral stenosis. When a prosthetic valve is placed in a case of isolated mitral stenosis, especially one of the caged ball variety with a high profile, the cage will jut into the left ventricular outflow tract and may increase the LV outflow gradient. LV: left ventricle; LA: left atrium; Ao: aorta; Prosth MV: prosthetic mitral valve. 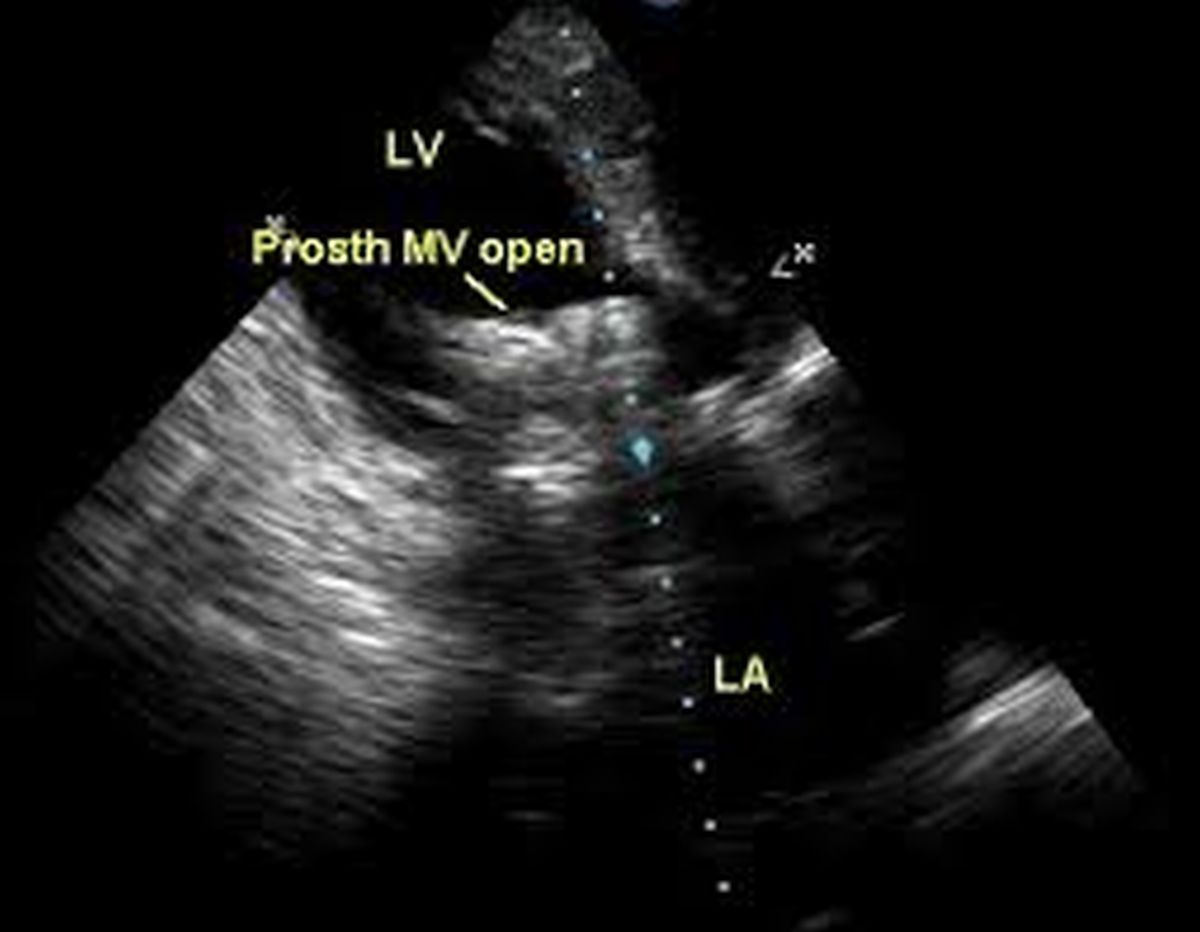 This picture shows the prosthetic mitral valve in the open position. See the dense acoustic shadowing behind the valve, which obviously can obscure small vegetations in that region. Getting a transesophageal echo is a way to look at the far side of the prosthetic valve when an endocarditis is suspected clinically. In transesophageal echocardiography, since the transducer is behind the left atrium the atrial aspect of the prosthetic valve can be imaged without interference by acoustic shadowing. 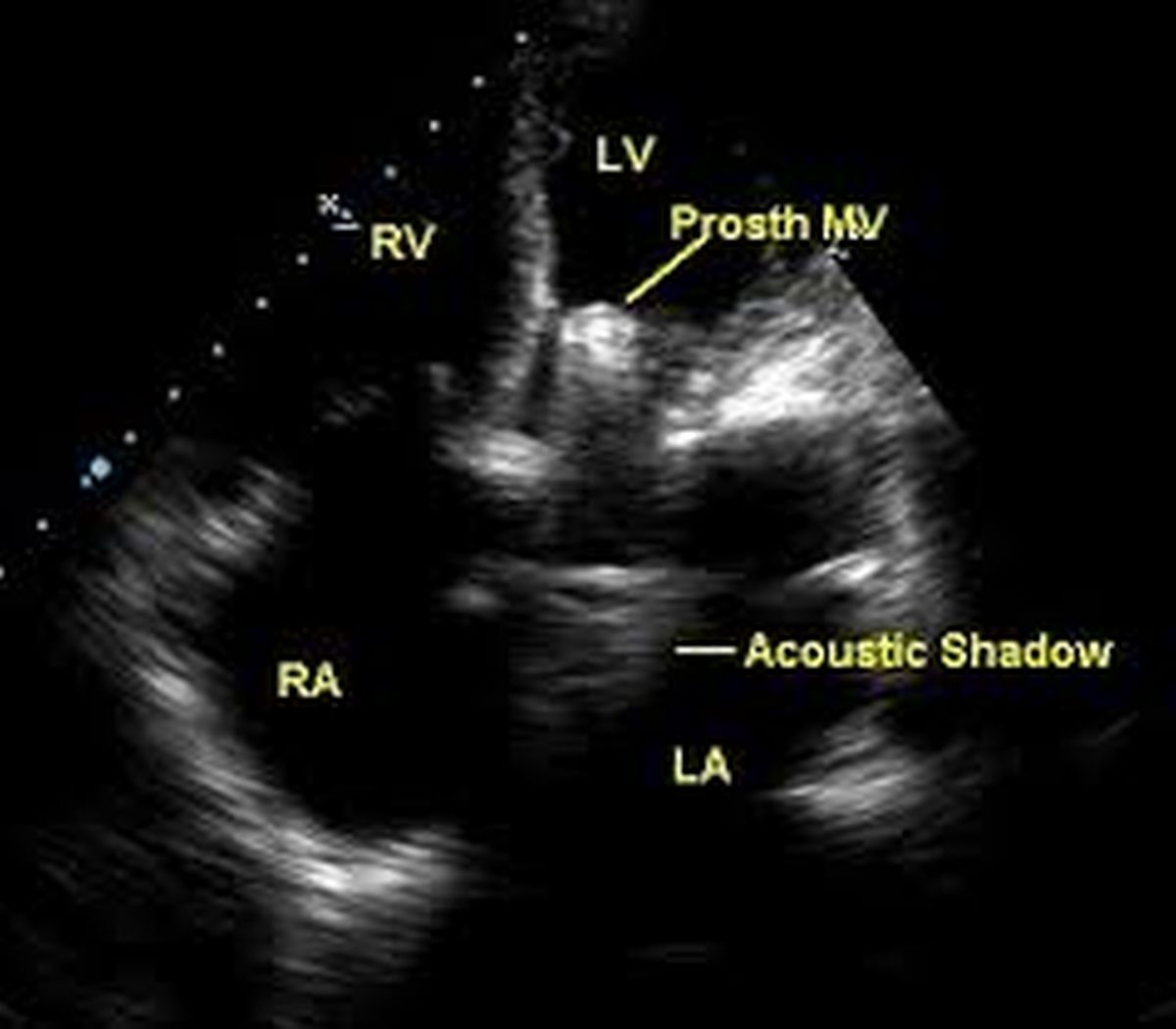 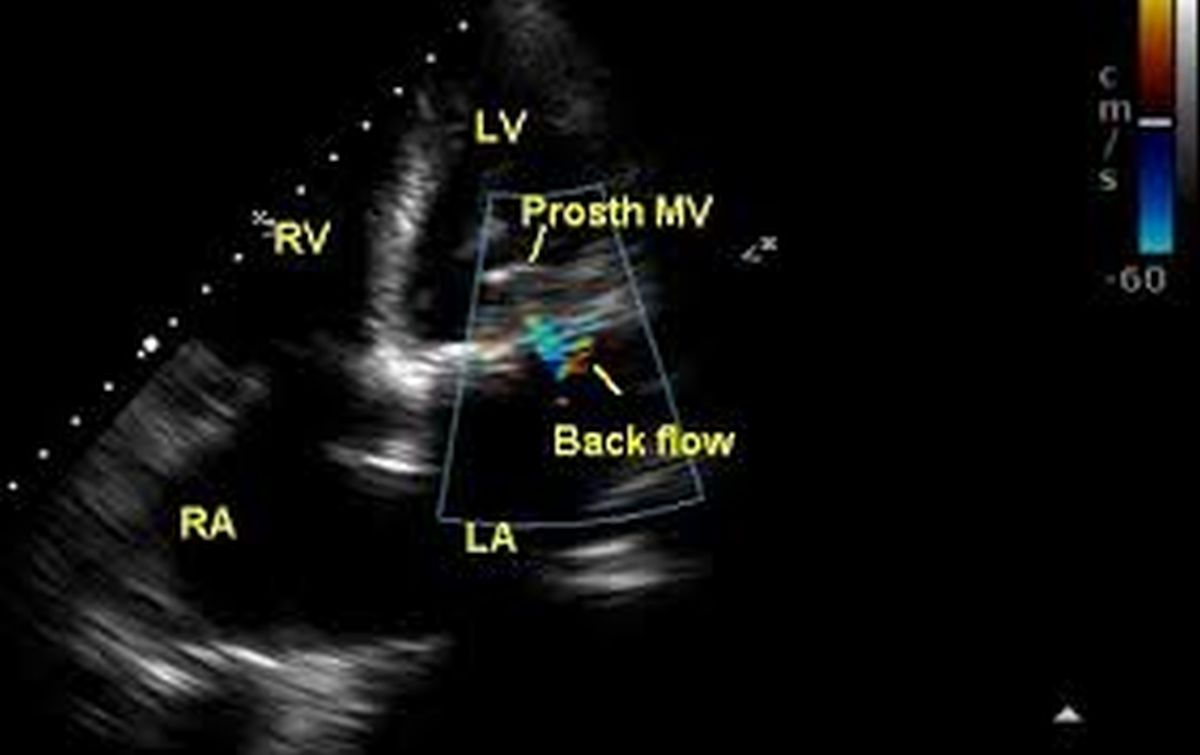 Colour flow mapping (color Doppler) from the apical four chamber view shows normal antegrade flow and a trivial backflow, which is normal during the closing movement of the prosthetic valve. This view is useful to look for para valvar and trans valvar leaks. Early onset of paravalvar leak may indicate the give way of a surgical suture. Doppler interrogation from this view is useful in quantifying the transvalvar gradients. It i s always good to document the gradients serially to identify rise in gradients due to pannus formation. Acute obstruction usually presents with pulmonary edema due to grossly elevated pulmonary venous pressures and calls for urgent intervention.