Out of Hospital Cardiac Arrest third leading cause of DALY 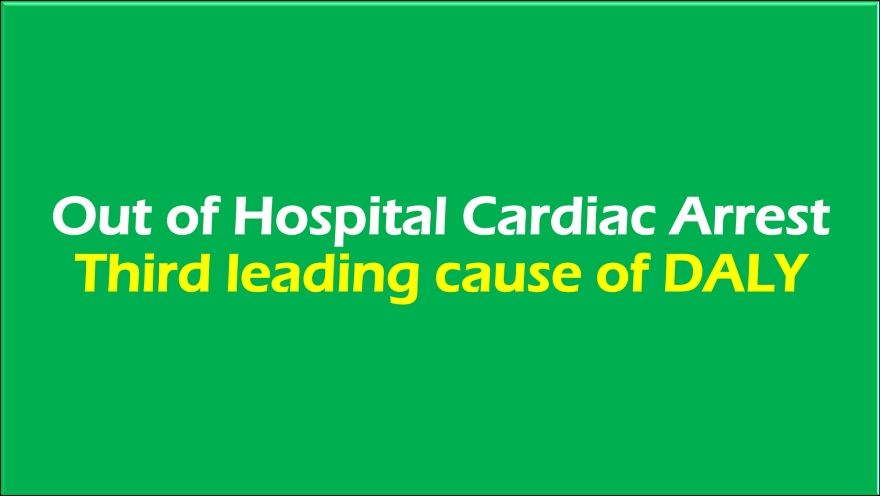 Disability Adjusted Life Years (DALY) following adult nontraumatic Out of Hospital Cardiac Arrest (OHCA) treated by Emergency Medical in the United States of America has been shown to be the third leading cause of DALY lost in the year 2016 [1]. DALY is a standardized public health measure for estimating and comparing the burden of disease to the society at large.

Coute RA and associates used the data from US national Cardiac Arrest Registry to Enhance Survival database for 2016. Years of life lost was calculated from this data and the remaining life expectancy at the age of death. Cerebral performance category scores from the registry was used to estimate the years lived with disability in survivors of OHCA. The data was extrapolated to estimate the total US DALY.

It may be noted that the database used for the study covers only about one fourth of the US population. Another limitation is that some of the cardiac arrests could be due to ischemic heart disease, which is the leading cause of DALY in the United States.