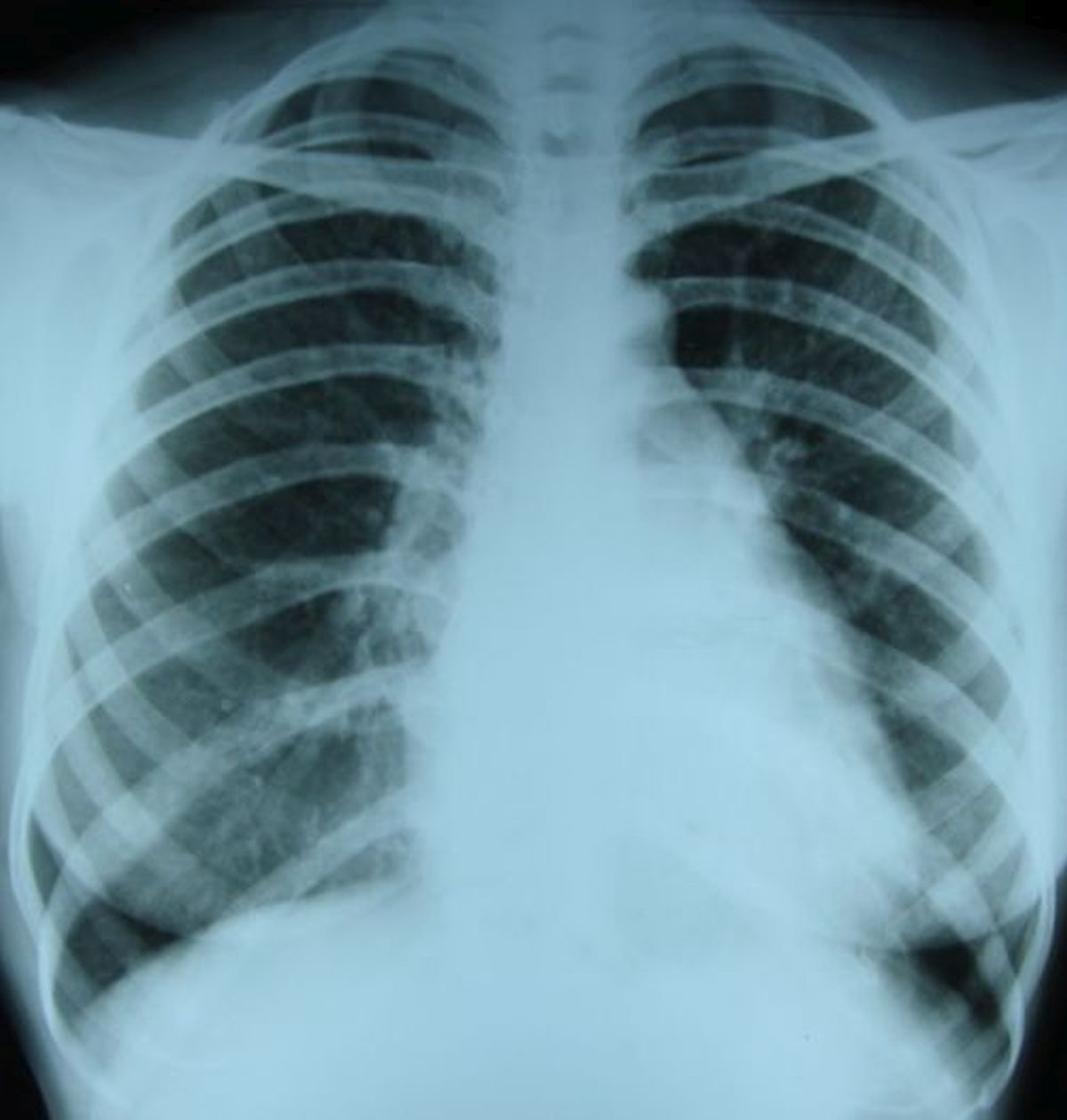 Straightening of left border in mitral stenosis: The uppermost portion on the left cardiac border is the aortic knuckle. The next slight bulging is the main pulmonary artery and the left atrial appendage is seen below that. The latter two regions are usually concave and the obliteration of the concavity contributes to the “straightening of left border”. Ao: aorta; MPA: main pulmonary artery; LAA: left atrial appendage 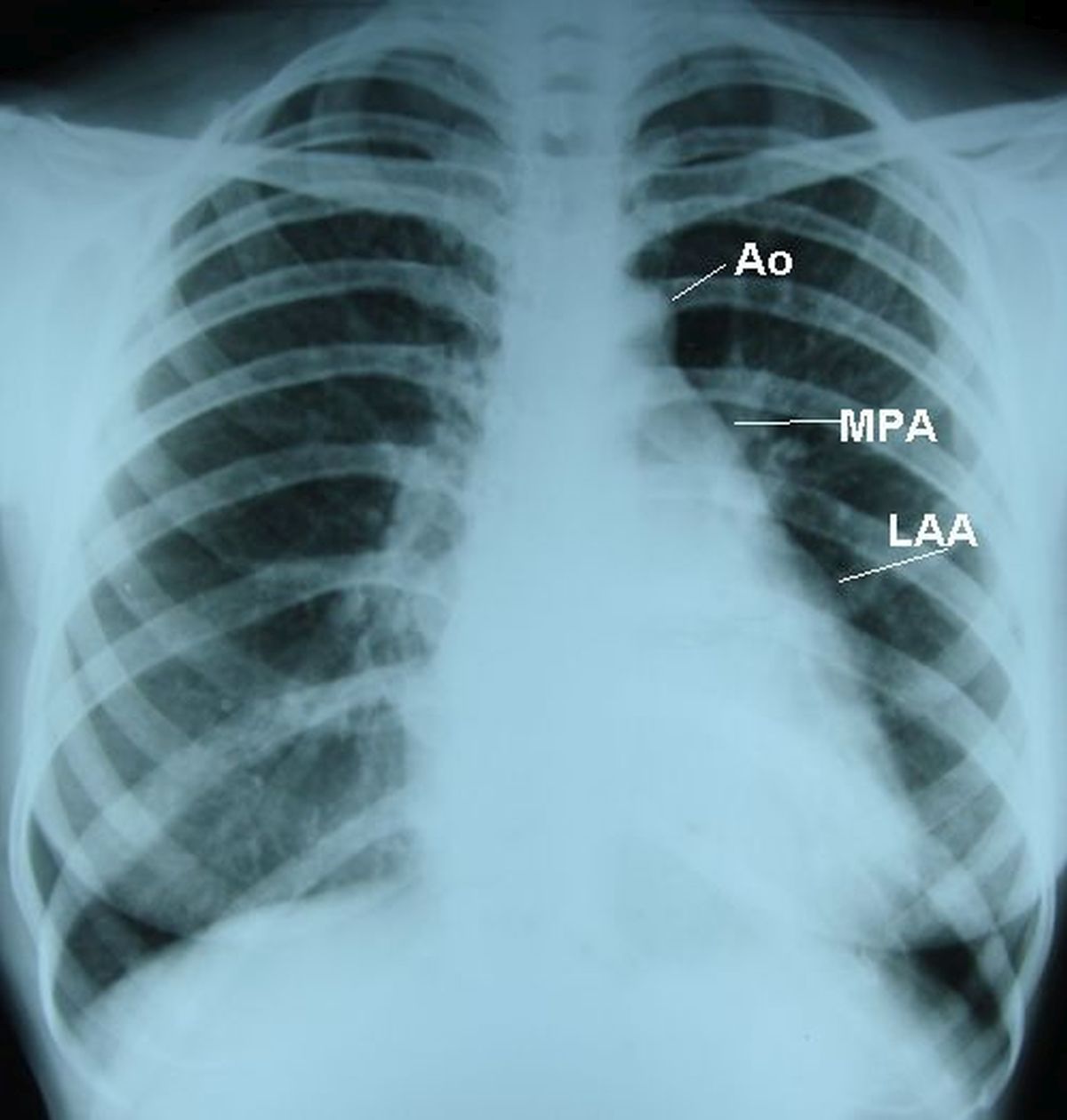 Straightening of the left heart border in severe mitral stenosis has been reported by S. Chadha, V. Shetty, A. Sadiq, G. Hollander and J. Shani [1]. They noted that the aortic knuckle, dilated pulmonary artery, prominent left atrial appendage and left ventricular left border are almost in a straight line. This is straightening of left border which has also been called ‘mitralization of the heart’. Their patient had presented to emergency room with features of pulmonary edema. So the X-ray showed in addition, features suggestive of bilateral pulmonary edema.

In another case reported by Mukul C Kapoor, Anju Sarupria, Kushant Gupta and Arkalgud Sampath Kumar gross biatrial enlargement caused major portion of the cardiac shadow to be on the right side of the thorax, mimicking dextrocardia [2]. The left heart border was straight.